5 Players the Wizards Should Go After Before the Trade Deadline 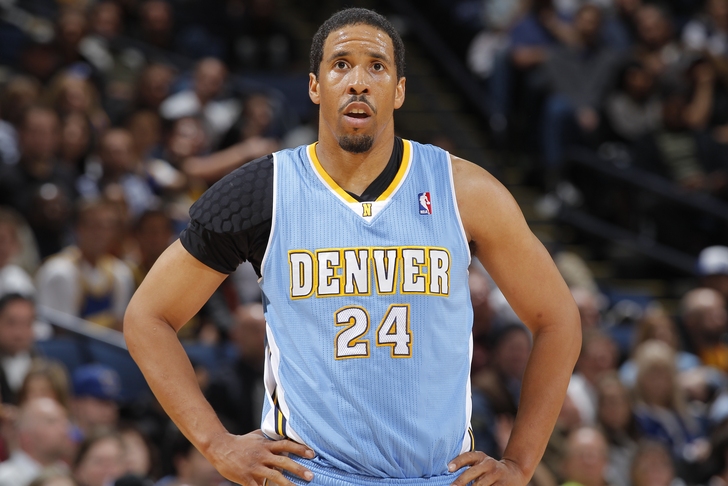 With the trade deadline right around the corner on February 20th, many teams around the NBA will be looking to add pieces to their respective teams for a playoff push. As the Washington Wizards are on the verge of their first playoff berth since the 2006-07 season, they might be looking to make a move to bolster their roster.

Below are five players the Wizards should target as the trade deadline approaches.

While the Pistons insist that PF/C Greg Monroe is not available, if the right offer comes along a team may be able to pry the Georgetown product away from Detroit. The Pistons big frontcourt of Josh Smith, Andre Drummond and Greg Monroe hasn’t worked as planned. With Smith on a freshly inked contract and Drummond seen as a franchise player, Monroe may be the odd man out.

Monroe’s agent, David Falk, has made no secret of the fact that he wants a max contract for Monroe’s services as Moose heads to restricted free agency this offseason. The Wizards need help in the frontcourt, and with Nene’s up-and-down play and the uncertainty of Marcin Gortat’s future in D.C., Monroe would be a nice addition to the young core of Bradley Beal and John Wall.

To make a trade like this work, the Wiz would likely have to move Otto Porter or Trevor Ariza and a future first round pick. However, the likelihood the Pistons move Monroe to an Eastern Conference foe is not high.

With Rodney Stuckey’s 8.5 million dollar contract coming off the books this offseason, the Pistons may be looking to move him at the deadline if the right deal comes along. Although I don’t think the Wizards should move an asset like Otto Porter or future first-rounder for Stuckey, if they can somehow acquire him, their second unit would be exponentially better.

Stuckey would provide the Wiz with some much-needed depth in the backcourt, as Eric Maynor and Garrett Temple aren’t getting it done consistently. Temple has shown improvement this season, but Stuckey would be a nice upgrade. Stuckey is currently averaging 14 ppg.

The Piston’s lack depth in the frontcourt behind Monroe and Drummond and have plenty of guards on the rosters, so a trade could benefit both sides.  A trade like Wizards F/C Kevin Seraphin and forward Chris Singleton for Rodney Stuckey could benefit both sides for a playoff push. Other players would have to be involved to make the finances work.

The Sixers are tanking and have made it known that Evan Turner can be acquired for the right price, which is probably a first round pick. Evan Turner could be a nice addition for the Wizards if they are convinced Otto Porter is not the future small forward that he was drafted to be.

With Trevor Ariza likely to get one last semi-large contract this offseason around $8-10 million a year, the Wizards may choose to invest that money in a younger player like Turner and let Ariza move on.

Andre Miller has been completely ousted by Denver Nuggets. He hasn’t been on the court in over a month due to a dispute with head coach Brian Shaw over playing time. If acquired by the Wizards, playing time would not be an issue for Miller, as the Wizards desperately need a quality backup point guard to run the show when John Wall is getting a breather.

The Wizards have already inquired about the availability of 37-year-old point guard.

Miller could provide quality minutes with the second unit, with his steady demeanor and carefulness with the rock. He also could provide a solid veteran presence with his playoff experience that could benefit the Wizards come playoff time.

Its hard to say what pieces the Nuggets would want in return. Maybe they’d take Eric Maynor off the Wizards hands… Then again, probably not.

According to reports, the Bucks have quietly made Neal available, as he doesn’t fit into their future plans.

Neal could be a solid addition for the Wizards because he is a knock down three-point shooter and can often get his own shot. Neal could add some needed pop to the Wizards bench unit.