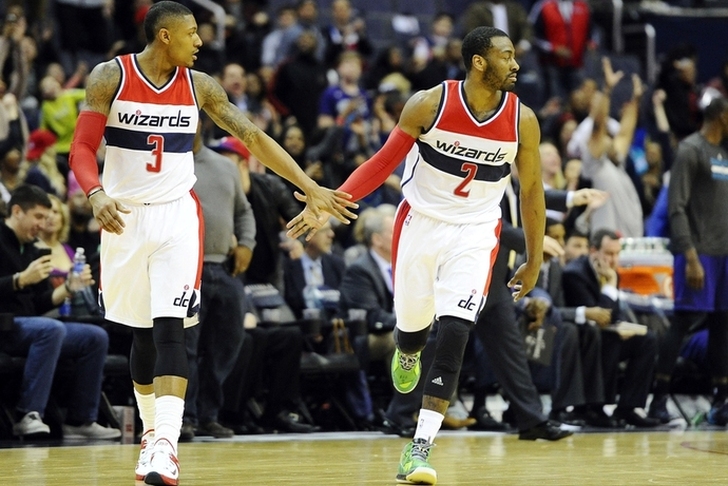 The Washington Wizards made the Eastern Conference Semifinals for the second consecutive season, but once again failed to advance to the conference finals. However, there are reasons to believe that this team could make the jump and win a championship next season. Here are three reasons why:

The 2015-16 season will mark the third straight season that Washington's core of John Wall, Bradley Beal, Otto Porter, Nene Hilario, and Marcin Gortat will have been playing together under head coach Randy Wittman. That increased familiarity with each other will lead to a higher level of play, simply because they've grown to learn each other's tendancies and how to play off of that. As we've seen in past champions like the Warriors and Spurs, this formula works.

The Wizards are 8-3 on the road in the postseason over the past two years, easily the best mark in the NBA. Winning road playoff games is often the biggest key to making a long run in April, May, and June, but Washington has struggled at home. Percentages and common sense would indicate that their home success will increase, and if they can continue to play their best on the road, they'll continue to be one of the toughest outs in the NBA.

Wall and Beal have already progressed and developed into one of the NBA's best backcourts, and both are virtually unguardable when they're playing at the top of their games. Both players are well under 25 (Wall is 24, Beal is 22), and are already entering their sixth and fourth seasons, respecitively, in the league. The talented duo are expected to take yet another step forward in 2015-16, and if they do, they could legitimately challenge Stephen Curry and Klay Thompson as the best backcourt in the NBA.