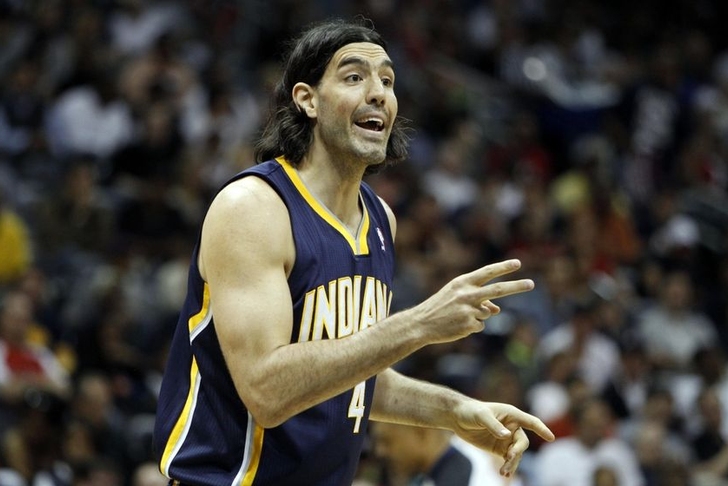 Hansbrough is a nice, versatile frontcourt piece to have on your bench. However, in 2015 NBA free agency terms, that means he's going to command WAY MORE money that the Wizards -- or anyone for that matter -- should be spending on him. Rather than locking up a relative premium in a role player, Washington would be better suited holding onto their lunch money for the great Kevin Durant scramble next July.

Fredette will likely be looking for a job for awhile after looking utterly ineffective in peanuts minutes (10.2 per game) in 50 games with the New Orleans Pelicans in 2014-15. Fredette shot 38% from the field this past season, and a two-year-old little brother-playing-NBA2K 18.8% from beyond the arc. Someone's gonna be dumb enough to pay him. Don't let it be you, Washington. Scola is a fine backup power forward, but again that's going to lead to someone overpaying him plenty for limited minutes. Scola is 35 years old and a bastion of the non-stretch four days of the NBA. That means, he CAN'T SHOOT THREES (just over 25% from downtown in 2014-15) -- a death knell for any team trying to keep up with the Golden State Warriors and Cleveland Cavs of the world.