WSU’s best and worst football uniforms, by the numbers 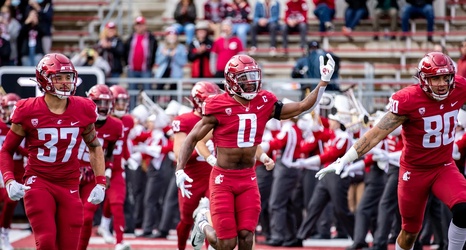 When Washington State refreshed their jerseys in 2017, they opted for more combinations rather than originality. Nike and WSU removed the stripes on the shoulders, outlines on the numbers, and text on the chest of the jersey from their look that debuted in 2012. That left just a big block number on the chest and a WSU logo on the collar that maximizes the amount of matching combinations WSU can roll out on a weekly basis. The uniforms were met with mixed reviews when they were initially released. However, winning changes things.