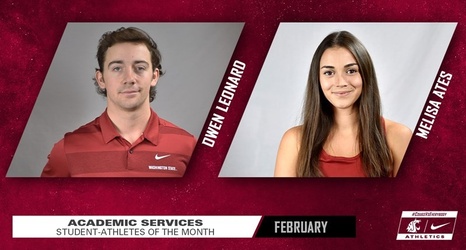 A senior pitcher from Seattle, Leonard begins his second and final season as a Coug after transferring to WSU from Everett Community College in 2018 to perfuse a degree in Kinesiology. Despite being on campus for just over a year, Leonard has been highly active off the field as a member of Student-Athlete Advisory Committee as well as representing WSU at the Pac-12 advisory meetings. He was awarded the Pac-12 Leadership Award and has been active in Butch's Bash, Coug Pals, Dining with the Dean as well as Athletes in Action.