Would you want to see WSU schedule Mike Leach and Mississippi State? 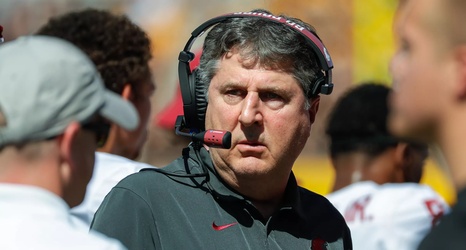 It can’t be a college football offseason without talking about future schedules. How difficult should the non-conference schedule be? Should we play that FCS team? Will that school actually hold up their end of the home-and-home?

And with a coaching change comes another fun twist to this typical game; should WSU schedule Mike Leach and Mississippi State?

But there’s one other team that has never appeared on a Mississippi State football schedule, and that’s Mike Leach’s old employer, Washington State.

It almost seems like a no-brainer that the Bulldogs and Cougars would face each other now, and apparently some of Leach’s former players would love a shot at trying to beat him, according to the Clarion-Leger.