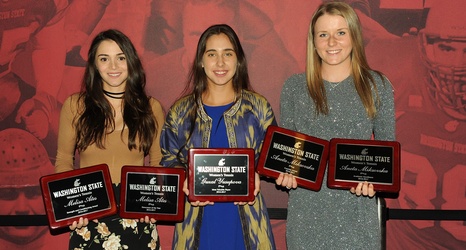 Kansas City, MO - The catalysts to a historic season, senior forward Morgan Weaver and junior defender Brianna Alger were each named to the 2019 United Soccer Coaches NCAA Division I Women's All-Pacific Region Team as announced Monday. Weaver was named to the first team while Alger was tabbed for the third team. The award marked the third-straight season Weaver was honored among the elite players in the region while Alger took home her first all-region award after switching to her new home among the Cougars' backline. The duo remarkably had a foot in 61% of the Cougars goals on the year scoring or assisting on 27 of 44 goals.