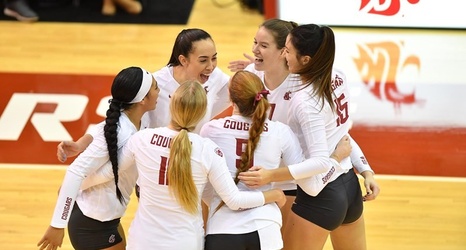 WSU makes it four consecutive trips to the NCAA Tournament, will face San Diego in round one.

PULLMAN, Wash. – Washington State volleyball saw the 2019 season extended Sunday evening, as the Cougars are headed to the NCAA Tournament for a fourth consecutive season.

WSU will be headed to Honolulu, Hawaii for the first and second rounds of the tournament, and will face San Diego Friday inside the Stan Sheriff Center with first serve set for 6:30 PT.

Washington State is 1-1 against the Toreros all-time, with the Cougars winning the last meeting in 1993 in four sets.