Unfamiliar with the Run and Shoot? Here’s an introduction to Nick Rolovich’s offense 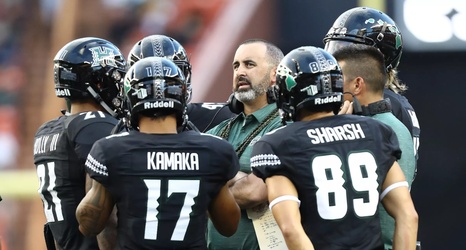 For the past eight years, Washington State Cougars fans have grown used to watching their team sling the football all over the yard behind Mike Leach’s Air Raid, passing the ball nearly 80% of the time — and putting together some incredibly prolific offenses in the process.

Nobody does what Leach does, but don’t expect a drastic change in style under new WSU coach Nick Rolovich: His Hawaii Warriors threw the ball on 63% of plays last season while also compiling some impressive numbers. While that’s a difference of about 10-12 more rushes a game, the passing game always will be the staple of the Run and Shoot that Rolovich will bring to Pullman.