TJ Bamba, wise beyond his age 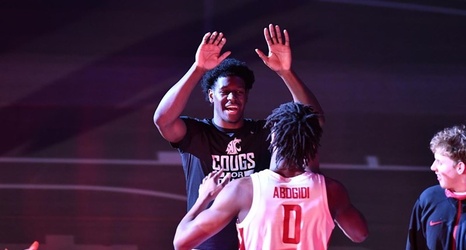 Tijani "TJ" Bamba is 19, and already has seen so much of the world. Bamba, a guard on Washington State University's men's basketball team, was born in a dangerous part of the Bronx, then sent to West Africa to study the traditions of Islam and finally moved to Colorado during high school. His experiences with change and hardship have given him a certain toughness, and wisdom beyond his years.

Bamba spent the first seven years of his life in the Bronx. While sports were always his passion, he had other concerns on his mind.