The Monday After: It’s OK to have fun with this and not worry so much 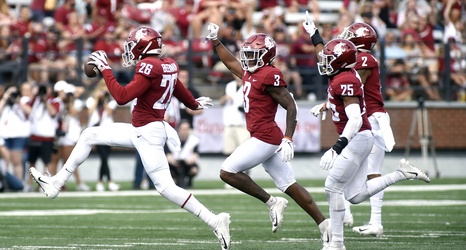 They swear to me that there’s no such thing as preseason in college football, but if I was a pro football fan who only became aware of its college counterpart nine days ago, you’d definitely have been able to fool me after what we saw in the Washington State Cougars’ first two games.

In trying to think of adequate adjectives to describe Saturday’s walkover, I think the best one I can come up with is “casual.” PJ used the word “sleepwalkish.” I’m sure you have your own, and whatever it is, I feel confident it isn’t “sharp,” particularly in terms of the defense, which gave up more than 300 ugly-looking yards once again to a team that we all figure is pretty awful offensively.