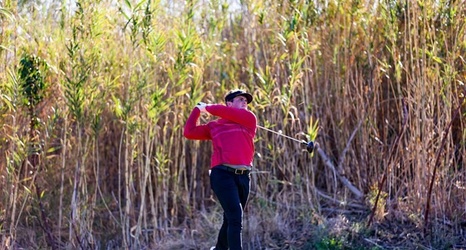 DAVIS, Calif. – Redshirt junior Max Sekulic and freshman Nate Plaster each shot under-par in the second round at the El Macero Classic on Sunday, April 11, as Washington State improved its team score by 13 strokes on the tournament's second day of play.

Sekulic shot three-under par; 69 in the second round, while Plaster posted a score of 71 (-1) in the round to help the Cougars card two-over par; 290 as a team at the El Macero Country Club. As a team, Washington State heads into Monday's final round of the El Macero Classic in 13th place on the team leaderboard with a team score of 593 (+17).