Rowing Wraps Up Day One of the Pac-12 Invitational 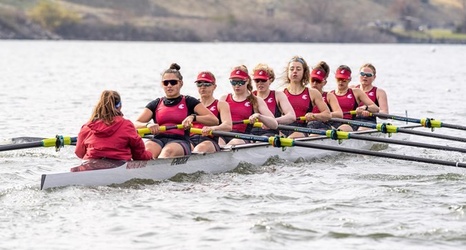 HENDERSON, Nev. – The No. 19-ranked Washington State rowing team captured second place in the varsity four race on Saturday, April 10, to highlight the day one of the Pac-12 Invitational on Lake Las Vegas for the Cougars.

The No. 19-ranked Cougs began the two-day regatta by taking second in a four-team varsity four race. WSU completed the course in 7:20.95, finishing the race 1.19 seconds behind No. 5-ranked California. Washington State defeated Southern Cal and San Diego in their first race of the morning, as the Cougars held a +14.16-time margin over the Trojans and a +14.