Rowing has a Strong Final Day at the Pac-12 Invitational 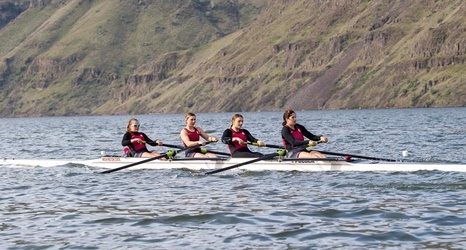 HENDERSON, Nev. – The No. 19-ranked Washington State rowing team collected a pair of first-place finishes to highlight the final day of the Pac-12 Invitational at Lake Las Vegas on Sunday, April, 11.

The Cougars opened the day with a second-place finish in the varsity four race. WSU clocked in a 7:17.