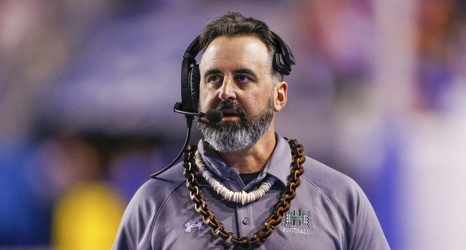 A quick and concise search to find the next football coach at Washington State has apparently ended.

Earlier in the week, a Spokesman-Review source indicated the Cougars had been targeting Nick Rolovich to replace Mike Leach after eight seasons and WSU finalized a deal with the successful Hawaii coach on Monday, making him the 33rd coach in program history.

Bruce Feldman of The Athletic reported Rolovich’s hire minutes after the national championship game concluded between LSU and Clemson.

The coach is poised for a substantial raise in the Pac-12 after earning $600,000 annually at Hawaii. While contract details aren’t yet finalized, Yahoo!