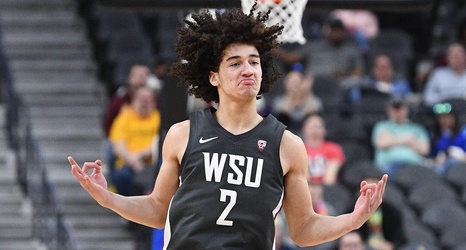 It’s nearly July, which means our attention has typically fully turned to the upcoming WSU football season by this point. However, with the waves Kyle Smith has been making in recruiting, it’s the Washington State Cougars men’s basketball team that has been dominating the headlines.

Fans are rightfully excited about Smith’s list of commitments, which features international prospect Andrej Jakimovski, the Cougs’ highest-rated recruit since Klay Thompson and Michael Harthun showed up to Pullman together 12 years ago. The class features three of the top 11 players and five of the top 15 that WSU has signed since Scout/247Sports started tracking these things, which goes back to 2003.