Podcast Vs. Everyone: Taking positives away from Oregon 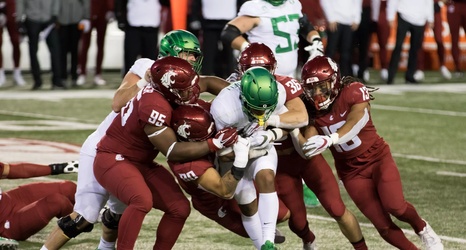 No, the Washington State Cougars didn’t beat the Oregon Ducks on Saturday, which is a bummer, not because they should have beaten the Ducks, but because it felt like a win was plausibly within their grasp.

There were some things that weren’t great — mostly, the defense from about 0:18 left in the first half, onward — but there also were some incredibly encouraging signs from the offense.

Other topics discussed: Beer (duh), the apparent departure of Will Rodgers III, Hercules Mata’afa’s big Monday Night Football performance for the Minnesota Vikings, and the creeping up of the basketball season, which starts next week?