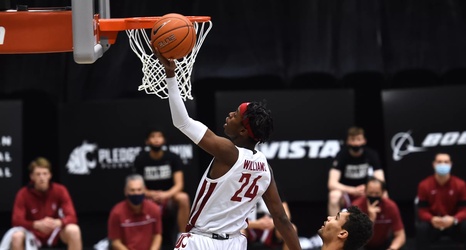 Ok, the powers-that-be don’t pay me an exorbitant salary to just write that, so I’ll try to piece a little more together despite the fact that Jeff encapsulated everything in depth late Saturday, as your Washington State Cougars defeated the Stanford Cardinal (-7.5) in not one, not two, but THREE overtimes. Let’s start with a little pretend argument.

Point: Being able to watch live Cougar sports is great, especially when they win!
Counterpoint: Sleeping through the game, checking the final score and watching the five minute clip (below) does not detract nearly as much from one’s life expectancy.