Leach says WSU must toughen up: ‘I thought we were kind of babies on the sideline’ 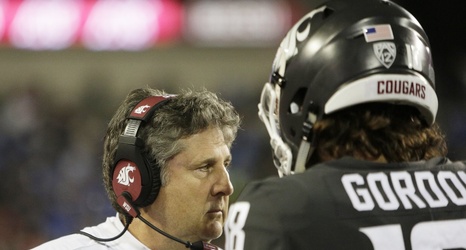 PULLMAN – Jerry Neuheisel, an offensive graduate assistant at UCLA, gave the Bruins life when they didn’t have much of it midway through the third quarter at Martin Stadium.

UCLA wide receiver Chase Cota told the Los Angeles Times after a wild 67-63 upset win that Neuheisel, a former Bruins QB who’s also the son of ex-UCLA and ex-Washington coach Rick Neuheisel, was a beacon of positivity on the visitors sideline, “continually telling the receivers they were going to drive and score.”

“There was just something there,” Cota told the L.A. Times, “and we were all excited to keep playing and we just never doubted ourselves and it was fun.