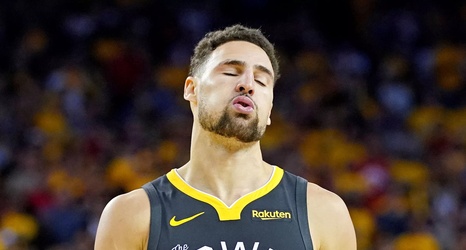 Former Coug Klay Thompson returned after a one game absence, but the Golden State Warriors still find themselves down 3-1 against the Toronto Raptors in the NBA Finals. Thompson scored a team-high 28 points on 11-of-18 shooting as he tries for his fourth championship ring.

The WSU alum, who will have his number retired next season, returned after missing Game 3 with a bum hamstring. The Warriors are also missing Kevin Durant and just don’t seem like the Golden State Warriors of old.

Of course, these are still the Warriors, so it wouldn’t shock anybody if they came back and won the series.