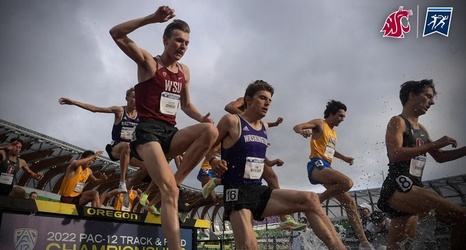 Jacobson tied his PR to finish third overall in the high jump (5.18m) while Johnsen (8:38.24) won the second heat of the 3000m steeplechase and finished ninth overall to earn a trip to the NCAA Championships in Eugene, Ore. (June 8-11). Johnsen will look to become the first Cougar to earn back-to-back All-American honors in the steeplechase since former Olympic Gold Medalist Julius Korir was a back-to-back All-American in 1983-84 while Jacobson gets set to cap his collegiate career with a third-straight nationals appearance.