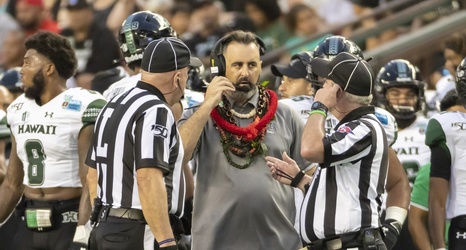 Following are 33 things you may not know about the incoming coach:

1. Hawaii’s offenses have often had to carry the weight for the Rainbow Warriors’ inconsistent defenses. The Rainbow Warriors gave up at least 50 points 11 times in Rolovich’s four seasons – something that happened just three times during the same span at WSU.

2. The 40-year-old is married to Analea, a Maui native who met Rolovich while the two were attending UH.