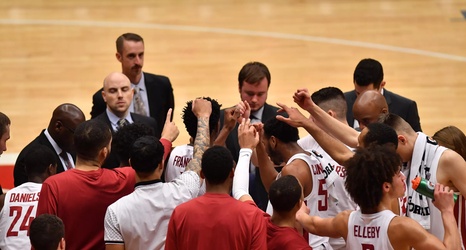 Washington State men’s basketball was riding — what was essentially — a two-and-a-half game win streak. After wins on the road against Arizona and Arizona State, the Cougs were looking promising in the first half at home against Washington.

Then... The second half happened.

I won’t get too far into it, mostly because Jeff did it far better than I every could on Monday. But the main takeaway was that the Cougs were doomed by the same thing that’s doomed them in all of their losses: turnovers and defense (or lack thereof). WSU turned the ball over on nearly 30% of their possessions, a new low for the 2018-19 season.