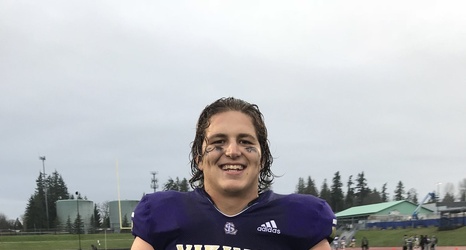 LAKE STEVENS — Devin Kylany knew there was a chance.

The senior, recovering from a torn anterior cruciate ligament that he injured wrestling at Mat Classic in February, had done the math and knew he would be cleared to return to the Lake Stevens football team late in the season — just in time for a possible playoff run.

But the Lake Stevens Vikings needed to still be playing.

Kylany’s teammates took care of the second part and nine months after his injury Kylany was back on the field for No. 3 Lake Stevens in last Saturday’s state opening-round game against Union.