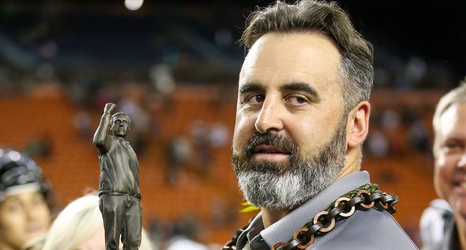 Mike Leach bringing the Air Raid to Pullman greatly broadened my college football horizons. It exposed me to new offensive ideas and coaches that I was unfamiliar with before he became Washington State Cougars’ coach.

His introduction into my football fandom exposed me to “The Perfect Pass” by S.C. Gwynne, which quickly became one of my favorite football books and is an all around fun read. It’s primarily about Leach and Hal Mumme, but it takes a detour to the creation of the Run and Shoot and the influence of Mouse Davis on today’s offensive landscape.