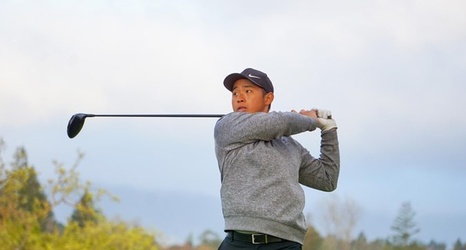 DAVIS, Calif. – The Washington State men's golf team concluded the first round of the El Macero Classic in 13th place, as the Cougars carded 15-over par; 303 as team through their first 18 holes of play on Saturday, April 10.

Freshman Preston Bebich made quite the impression in his WSU-debut round, as the Gig Harbor, Washington native shot a team-best even-par; 72 as an individual in his first collegiate round. Bebich heads into Sunday's second round in a tie for 12th place on the player leaderboard.

Fifth-year senior Nicklaus Chiam ended his first day at the El Macero Country Club in a tie for 24th after carding one-over par; 73.