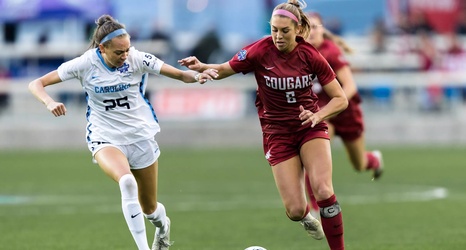 Weaver’s teammate, Averie Collins, joined her in being drafted when the Washington (D.C.) Spirit selected the midfielder near the end of the second round with the 17th overall pick.

Weaver, who was thought of as a second round pick in most mock drafts, surprised almost everyone by going second overall. She is the highest draft pick for WSU in a professional sports league since Ryan Leaf went No. 2 overall in the NFL Draft in 1998, and she and Collins become the first NWSL draft picks for WSU since Nicole Setterlund in 2014.