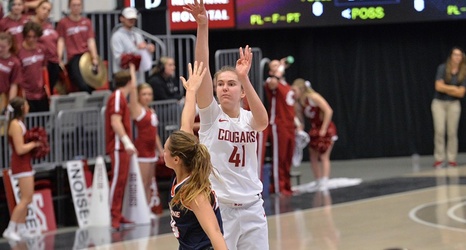 LOS ANGELES – The Washington State University women's basketball team struggled to find any offensive rhythm on Friday night against the University of Southern California, as a fridge shooting performance in the fourth quarter by the Cougars allowed the Trojans to runaway with a 74-63 victory.

WSU trailed USC by just two points at 53-51 with 8:57 left to play in the game after a Borislava Hristova 3-point field goal, but that would be as close as the Cougs would get to the Trojans on Friday. Southern Cal went on a 17-4 run over the next six minutes to take commanding 70-55.