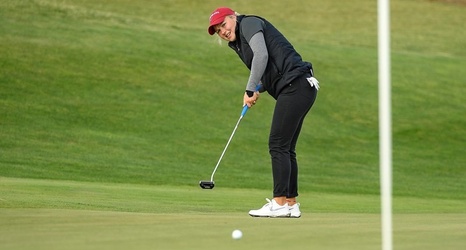 RANCHO SANTA FE, Calif – The Washington State women's golf team opened spring play on Monday, Feb 10, by advancing to the semifinals of the Lamkin Invitational, but the Cougars ultimately ended their day with a 1-1 record to set up a third-place match against Central Arkansas on Tuesday, Feb. 11, at the Farms Golf Course.

The Cougars began their spring season with a match-play victory over BYU in the first round of the Lamkin Invitational, hosted by San Diego State. WSU had four golfers collect wins over the Cougars from Provo, Utah, to capture the 4.