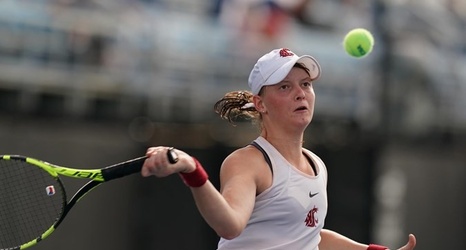 In singles play, the Cougars played five matches against Northern Arizona, two against Hawaii and one each against Louisville and BYU.