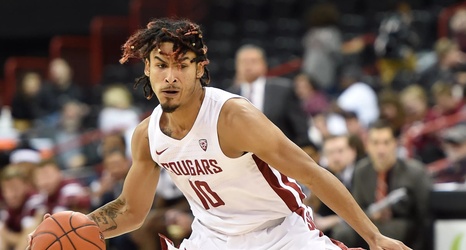 Back in September, before the new era of Washington State Cougars Basketball began, the school announced that January 18 would be date on which it would raise Klay Thompson’s Cougar jersey up to the Beasley Coliseum rafters, marking just the second time WSU would retire a basketball player’s number. Given recent Cougar hardwood history, the game itself seemed almost incidental to honoring WSU’s greatest and most famous basketball alum ever.

Isaac Bonton, CJ Elleby and Noah Williams had other ideas. The triumvirate of Cougs, only one of whom was on the roster last season, combined for 73 points, 18 rebounds and every one of WSU’s 16 assists in an 89-76 win over the Oregon State Beavers.