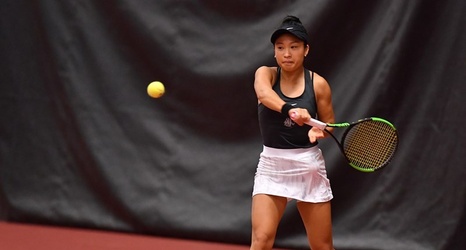 PULLMAN, Wash. – Washington State dropped only two sets in a pair of matches as it posted a 4-1 victory over Gonzaga followed by a 7-0 win over Eastern Washington Saturday at the Simmelink Tennis Courts at Hollingbery Fieldhouse.

With the wins, the Cougars improve to 6-1 on the season.

Against Gonzaga, the Cougars struck quickly in doubles with wins at No. 2 and 3 to clinch the opening point. They were also leading at No. 1 when play was stopped.