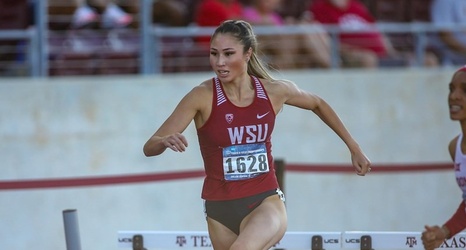 Cho entered the semifinals after posting a personal best of 57.75 in the 400-meter hurdles during the NCAA West Preliminary Round at Texas A&M. Stephanie looked to up her game while running at Hayward Field, posting a PR of 57.64 in heat number three to claim the final ninth spot in the finals.

Stephanie found herself running near the leaders of the final heat of the 400m hurdles throughout most of this race, and she turned on the jets down the stretch to nearly claim third in the heat.