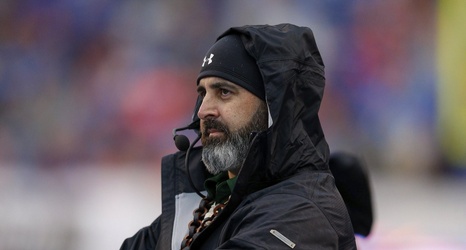 The Palouse is a majestic place, but rarely a lure in and of itself for impressionable and ultra-talented high-school athletes.

The two most successful Washington State football coaches of the past 30 years, Mike Price and Mike Leach, both found a way to conquer that issue. They did so with dynamic X’s and O’s, certainly, but also through the force of their (radically different) personalities.

In Nick Rolovich, Leach’s newly hired replacement, WSU athletic director Pat Chun appears to have unearthed someone with the potential to stand out from the crowd. And that, as much as his expertise in the run-and-shoot offense, gives him a shot to succeed.