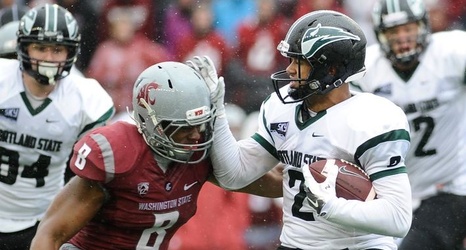 Less than two weeks ago, running back Max Borghi signed on the dotted line with his hometown team, the Denver Broncos. Today, the Arvada, Colorado native is hoping to find a new team as the countdown to the regular season rolls on.

The Broncos announced on Tuesday that they have waived Borghi, along with four other players, to help get their roster down to 85. The move comes just days after the former WSU star saw his first game action as a professional during Denver’s presason win over Dallas 17-7. In that game, Borghi carried the ball four times for 10 yards and also recorded one catch for a loss of one yard.