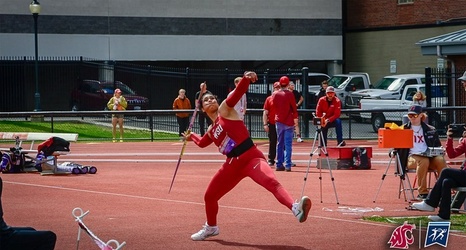 Barrios Bornacelli finished eighth overall in the women's javelin with a PR and freshman record mark (54.03m/ 177'-3") to qualify for finals in her first-career nationals appearance. She is now the eighth all-time women's javelin All-American and the first Cougar woman to finish top-eight in the nation since Courtney Kirkwood in 2011.