Analysis: After seventh straight loss in Apple Cup, do Cougars have a mental block against Huskies? 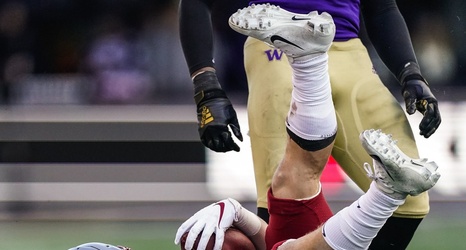 SEATTLE – A regular season of highs and lows culminated with a familiar low for Washington State – the Cougars losing 31-13 to Washington at Husky Stadium, extending their skid in the Apple Cup to seven years.

WSU now gets what essentially equates to a third bye week before learning its bowl destination, which will be announced next Sunday and perhaps unofficially revealed a day or two before then.

Hyped up, psyched out

Max Borghi’s postgame news conferences have been an interesting place to be these last three weeks.