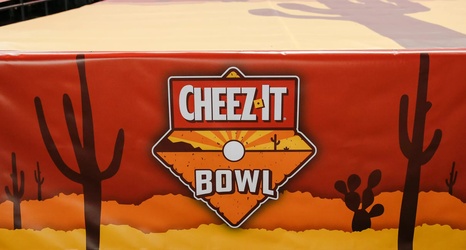 Thanks to the Oregon Ducks’ dusting of the Utah Utes in the Pac-12 Championship Game last night, it is almost certain that the Washington State Cougars are headed to the Cheez-It Bowl in Phoenix on Friday, Dec. 27.

Had the Utes won, there was a better chance WSU would be headed to the Las Vegas Bowl. That’s because the Utes could have easily been in the College Football Playoff, depending on what happened in the other conference championship games*. There is still a small chance Utah snags a Cotton Bowl berth, and that would keep WSU in Las Vegas.