Welcome to The Washington Times 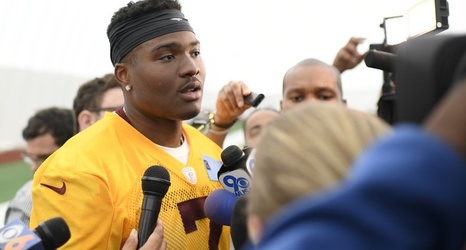 The weekend brought us a first glimpse of Washington’s would-be hero at quarterback.

Tuesday night will either raise our hopes or deflate them regarding a potential liberator for the Washington Wizards.

Dwayne Haskins was as impressive as a passer can be in an NFL rookie minicamp, which indicates his future success less accurately than cloudy crystal balls. Among multiple observers enthused by Haskins‘ showing was coach Jay Gruden, who noted that the Ohio State product “can really spin it.”

Maybe Haskins should represent the Wizards onstage during the NBA draft lottery and wear his No.