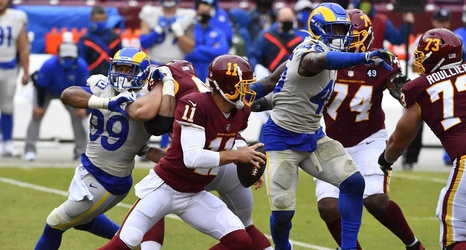 In my 30 plus years of watching Washington football, this was one of the worst offensive performances I can remember. I’m sure there were much worse losses, but this one, for whatever reason, really stood out.

The offensive line is a complete mess - led by Wes Martin who may have played the worst game by a guard I can remember watching in the last decade. Coming into this contest, he was ranked 67th out of 72 guards in the NFL. I have to believe after this performance that he’ll be dead last! The defense wasn’t much better, as linebackers consistently gave up huge chunks of yards to opposing tight ends - a trend most diehard fans are quite used to by now.