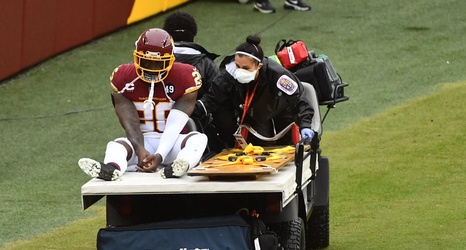 The Washington Football Team made it official today, Landon Collins has been placed on injured reserve. Collins suffered an Achilles injury on Sunday, and it was immediately clear that it was a severe injury. Collins was carted off the sidelines and was seen grabbing the back of his ankle. He told ESPN’s Josina Anderson that he heard a pop when it happened and he couldn’t feel his foot. Collins also told her that he will be having surgery on Monday.