Washington Redskins: Why Bruce Allen and Greg Manusky must be fired 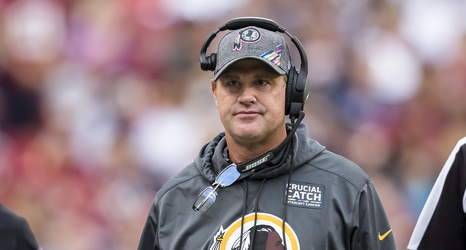 A few mornings ago, Jay Gruden was fired. While it was a move that had to come, I will admit, Jay wasn’t the biggest issue for the Washington Redskins. Oh no, the biggest issue(s), are Dan Snyder, Bruce Allen, and Greg Manusky.

While the “Sell the team, Dan!” positions are understandable, that isn’t a topic worth discussing currently because Dan isn’t going anywhere. I’ll move on from him, but best believe, he’s been the biggest reason for the Redskins failures since 1999.

That being said, there are two crucial parts to the Redskins recent defensive failures since 2017, and the decade full of failures, since 2009.