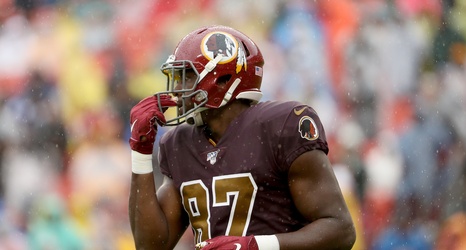 If you were to ask even casual fans of the Washington Football Team what the weakest position on their roster is, many would answer tight end. And they would be right.

While there are some intriguing options at the tight end position, all of the players on the roster figure to be role players at best. Vertical threats. Blocking tight ends. Jacks of all trades. Washington has them all.

But a true No. 1 tight end? Or a player that is guaranteed to be a good starter? That’s something that the team lacks.

Barring a surprise transaction before the season — one that would likely have to be a trade — Washington will roll with what they have at the position.