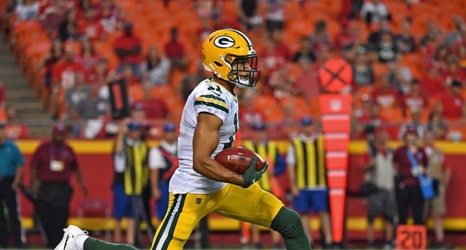 KANSAS CITY, MO - AUGUST 30: Wide receiver Trevor Davis #11 of the Green Bay Packers returns a kick-off against the Kansas City Chiefs during the first half on August 30, 2018 at Arrowhead Stadium in Kansas City, Missouri. (Photo by Peter G. Aiken/Getty Images)

The Washington Football Team has spent a portion of their bye week filling out open spots on they practice squad, and recouping the developmental potential in that department.

Due to injuries and inconsistent at certain positions, the Washington Football Team has been continually sifting through its players, and fielding different roster sets each week.