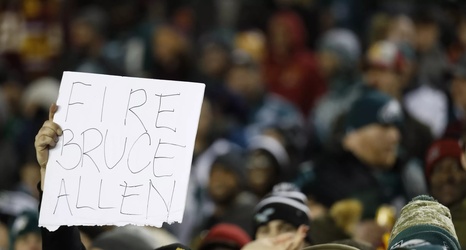 The Daily Twitter will be posted at the beginning of every day (at midnight in Washington, DC). The goal is to give readers a handy spot to check the Redskins beat writers & bloggers, and national sports journalists to keep up on the latest news about the Redskins, the NFL, and sports in general, along with a smattering of other things.

Wouldn’t call those rumors. Would call them people speculating on what they think should happen and why.

Former NFL Head of Officials Dean Blandino joined us today and concluded that inexperienced referees may be the reason for the high number of penalties so far this season.