The Counter Trey: Zebras Overshadow An Exciting Affair In DC 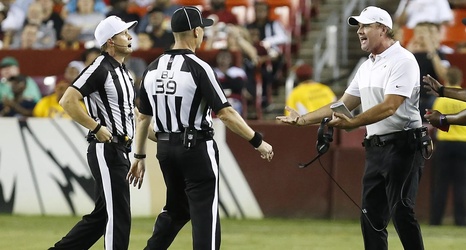 The Redskins wrapped up their second preseason game of 2019 and there was a lot to like. The additions of Ray Horton and Rob Ryan to the defensive staff have played a major role in the buzz around the defensive unit. Washington showed a relentless pursuit of the football, that should pay huge dividends this season.

Additionally, the growth and progression in Dwayne Haskins from week one to week two of the preseason, should leave folks beaming. But, despite his success against Cincinnati, there’s plenty of evidence in the case against starting him week one of the regular season.