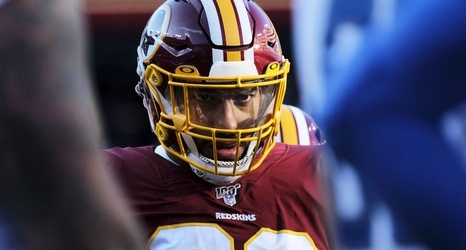 ASHBURN — For Montez Sweat, the real film study begins when he gets back home after a long day at the practice facility. That’s when the 23-year-old rookie linebacker begins dialing up video — and not just the footage from Washington Redskins games.

In recent weeks, for example, the Redskins first-rounder zeroed in on Arizona’s Chandler Jones and San Francisco’s Arik Armstead — two of the league’s top pass rushers.

Sweat has rare physical gifts — he’s 6-foot-6 with an 83-inch wingspan and has posted a record-setting 4.41 in the 40. But earlier this season, he struggled, despite that size and speed, to have the kind of impact on the field he and the Redskins expected when he was taken in the first round of the 2019 draft.