Scott Turner, Ken Zampese bring a sense of Déjà vu to the Redskins 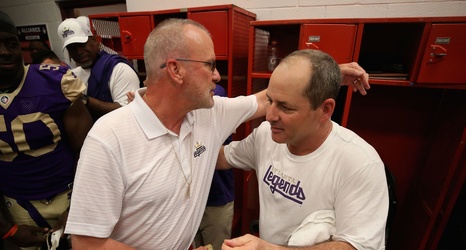 When Washington Redskins head coach Ron Rivera brought Scott Turner and Ken Zampese to his staff as offensive coordinator and quarterbacks coach, it brought a sense of déjà vu back to the team. Turner and Zampese are familiar names to the Redskins faithful, and their famous fathers are part of the lore in Redskins Park.

Turner’s father, Norv, of course, coached Washington for six years from 1994 to 2000, and Zampese’s father, Ernie, was an offensive consultant to Joe Gibbs in 2004. But their coaching lineage goes back further than that.

Zampese and Turner both descended from the same Don Coryell coaching tree and shared the same offensive philosophies.