Salary Cap Nuggets - No. 10: Accrued seasons and their importance in the CBA 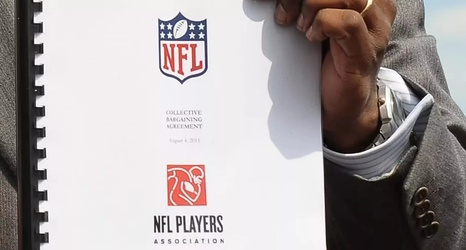 Page 11 of Crunching Numbers discusses the difference between two terms:

What’s the difference between an accrued season and credited season?

The simple answer is an accrued season requires six or more regular season games at full-pay status (being on active/inactive or injured reserve list) and a credited season requires only three or more games at full-pay status. For a player to earn time served in the NFL and inch closer towards free agency, teams and agents must know how many accrued seasons (four accrued seasons required) a player has earned as he climbs his way closer towards free agency.