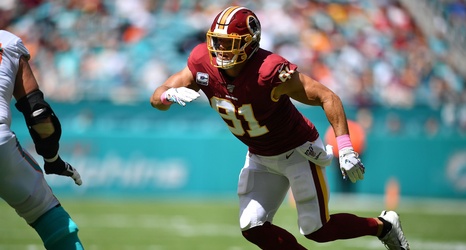 For the most part this season, the Washington Redskins have been able to avoid disastrous injuries to top players. While they have 17 players on injury lists (including the PUP and NFI lists), a lot of the players that have suffered in-season injury are just depth pieces.

In all, only two starters are on IR in Jordan Reed and Reuben Foster, while Trent Williams is on the NFI list after refusing to play for the team to start the season and then dealing with helmet issues upon his return.

But ahead of Week 15, it looks like the team will be without two key players on each side of the ball.